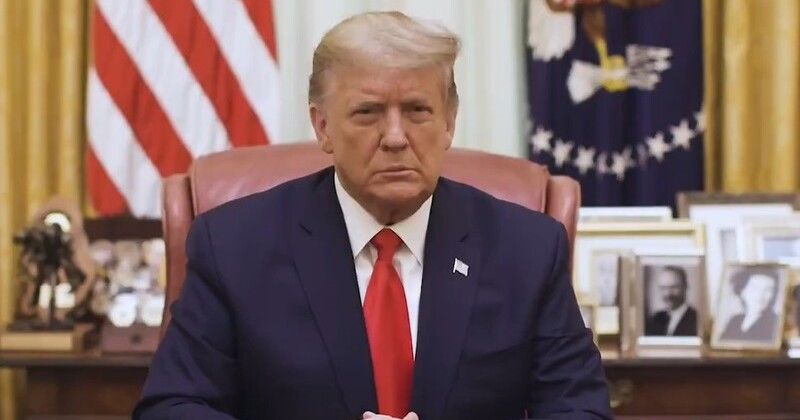 Less than a day after receiving a warning from a federal judge, former President Donald Trump has withdrawn his lawsuit against New York Attorney General Letitia James.

The withdrawal came in a brief document filed Friday morning with U. S. District Judge Donald Middlebrooks, who late Thursday warned Trump's legal team that the lawsuit appeared to verge on frivolous.

"Plaintiff, PRESIDENT DONALD J. TRUMP, by and through his undersigned counsel and pursuant to Fed. R. Civ. P. 41(a)(1)(A)(i), hereby voluntarily dismisses his claims in this action against Defendant, LETITIA JAMES, without prejudice," the letter said.

Trump's lawsuit against the AG had sought to shield Trump's revocable trust from James, who has an ongoing $250 million civil suit that alleges fraudulent conduct at the Trump Organization. James has accused Trump and his family members of "grossly" inflating the former president's net worth by billions of dollars and of cheating lenders and others with false and misleading financial statements.

Trump, who has denied the allegations, has called the investigation by James, who is black, a politically motivated "witch hunt" by an attorney general he has called "racist."

Trump's suit against James accused her "intimidation and harassment" and of making repeated "attempts to steal, destroy or control all things Trump."... (Read more)