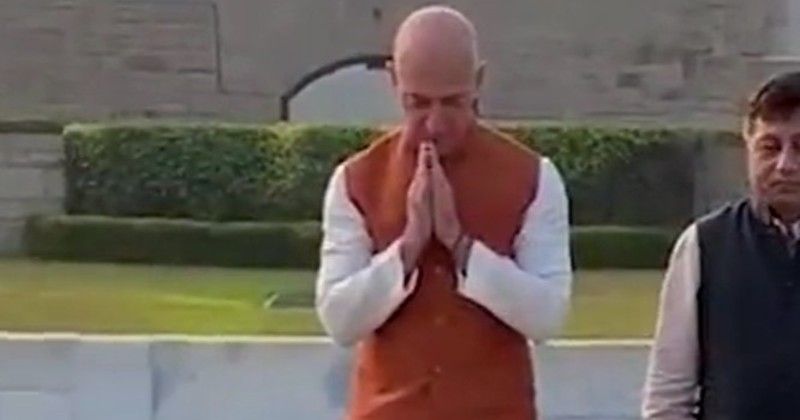 Bezos' presence at the paper this week has caused a buzz at the outlet as job cuts are expected to be announced in the coming days; founder of Amazon and one of the world's richest men, Bezos' appearances come with security in the Post's halls. An insider shared a conversation from the Washington Post Guild's Slack channel, where the unnamed staffer ran into Bezos and called out publisher Fred Ryan for not answering questions about the layoffs.

The employee, a union member, asked Bezos why the newspaper wasn't at least offering buyouts.

He told the employee he was there to listen and not take questions, adding, "I'm committed. Believe me, I'm committed."

Bezos was in the offices to visit with senior leadership and sit in on an editorial meeting, although he has said he does not weigh in on decision-making around content. Bezos met with some section editors and executive editor Sally Buzbee this week, in addition to the paper's embattled publisher.

The Washington Post is coming off a tough year, with reports of subscriber losses, prominent departures of key journalists, a social media fiasco ending in reporter Felicia Sonmez's firing and now pending layoffs amid widespread job losses in the media industry.

Ryan angered Guild members last month when he announced first-quarter 2023 job cuts at a meeting but then wouldn't take questions, usually a facet of so-called company "town halls." Ryan said he didn't want to have a "grievance session" with the union, adding he anticipated it would be single-digit percentage job losses, which could affect as many as 100 employees.

"The Washington Post is evolving and transforming to put our business in the best position for future growth. We are planning to direct our resources and invest in coverage, products, and people in service of providing high value to our subscribers and new audiences. As a result, a number of positions will be eliminated. We anticipate it will be a single-digit percentage of our employee base, and we will finalize those plans over the coming weeks. This will not be a net reduction in Post headcount. Recently, we have made some of the largest investments in The Post’s history and 2023 will be another year of continued investment," a spokeswoman told Fox News Digital at the time.... (Read more)