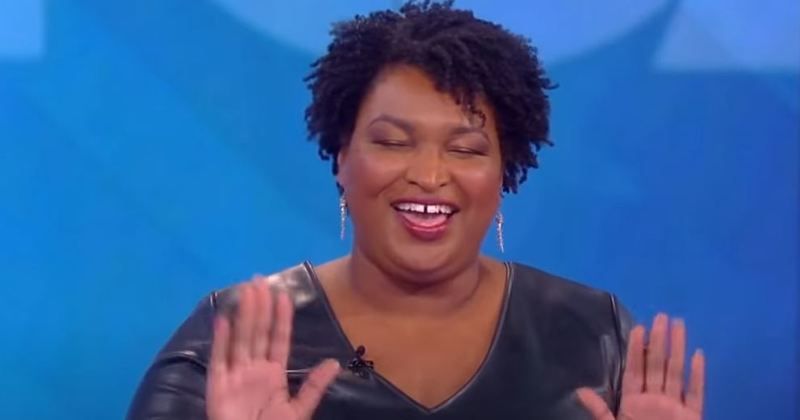 Georgia Democratic gubernatorial candidate Stacey Abrams advanced a false and unscientific claim about fetal heartbeats at a student forum in Atlanta on Tuesday.

“There is no such thing as a heartbeat at six weeks,” she asserted at the Ray Charles Performing Arts Center, addressing an audience hosted by Morehouse College and Spelman College Democrats.

"It is a manufactured sound designed to convince people that men have a right to take control of a woman’s body," she claimed, calling fetal heartbeats "medically false" and "biologically a lie."

Abrams, who is not a doctor, made those extraordinary claims in response to a question about how she would protect abortion rights if elected governor. She said that Georgia's six-week abortion ban, which restrictions abortions after a fetal heartbeat is detected, must be repealed.

"We ought to get rid of the bill. The bill is asinine, it is biologically inappropriate. It is morally wrong, and it should be confined to the dustbin of history," Abrams said.

But her claims are not medically accurate. The human heart is one of the first organs to form in a developing embryo. "The initiation of the first heart beat via the primitive heart tube begins at gestational day 22, followed by active fetal blood circulation by the end of week 4," according to a review of cardiac development published by Karger, a fetal medicine journal.

While it is true that an embryo does not have a fully formed heart at day 22, by the sixth week of gestation in pregnancy an unborn baby's primitive heartbeat can be detected by an ultrasound. Doctors refer to this as a "manufactured" sound because it is an electrical pulse picked up and translated into sound by the ultrasound machine. But that does not mean the heartbeat is not present and is fabricated by doctors, as Abrams falsely claimed.... (Read more)