Sheriff who wants to charge DeSantis says US should embrace migrants 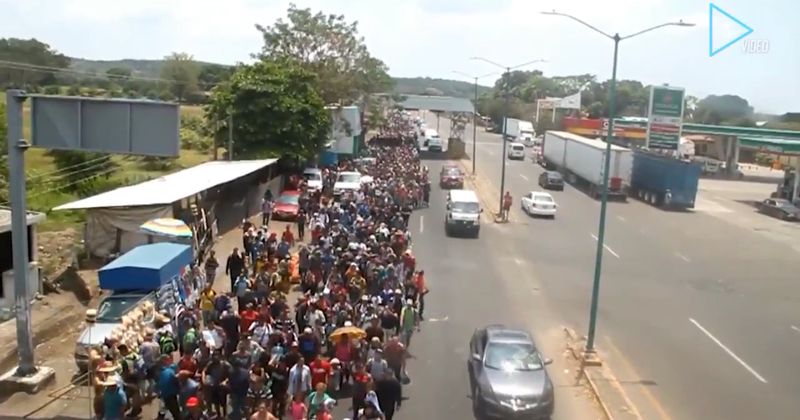 A Texas sheriff who launched an investigation into possible human trafficking by the governors of Texas and Florida after they flew a group of Venezuelan migrants to Martha's Vineyard has said the US should welcome them because restaurants need the staff.

On Tuesday, the 50 Venezuelan migrants who were flown to Martha's Vineyard filed a class action suit against Ron DeSantis, Florida's governor, who arranged the flight from Texas - arguing that they 'experienced cruelty akin to what they fled in their home country'.

Javier Salazar, a Democrat whose district, Bexar County, includes the city of San Antonio, said the U. S. needed to rethink its attitude towards migrants, and said flying them across the country was not the solution.

'I think at some point you're going to have to embrace the fact that this is happening, to a certain extent,' he told CNN.

Speaking hours after new Customs and Border Protection data showed that migrant arrivals had surpassed two million this year for the first time ever, Salazar said they were needed, as workers.

He said restaurants in his district needed the migrants as staff. 'I would say: look, you've got people that want to work,' he said.

'And you've got a shortage of workers.

Salazar said the solution was to employ the new arrivals - despite the fact that, having crossed illegally, they would not have work permits.

'Hire these folks; give them the opportunity to work legally and ensure that the employers who are employing them are doing it the right way. And paying them correctly,' he said.

'And they are paying their fair share of taxes.'

Salazar said he accepted that not everyone was an asset to U. S. society.

In June, Border Patrol agents in the El Paso Sector said they had arrested an average of three migrants with criminal records per day since Fiscal Year 2022 began.

Customs and Border Protection reported this week that 78 immigrants on the U. S. terror watch list have been apprehended crossing over the border last year - nearly four times as much as the 15 in 2021.... (Read more)