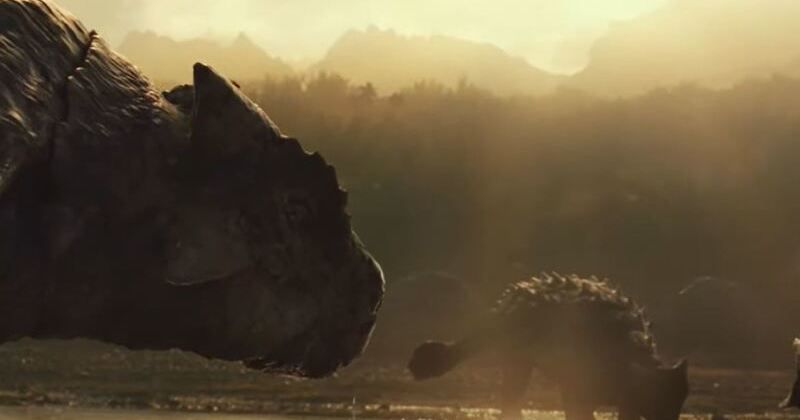 Jurassic World: Dominion goes 65 million years into the past in its opening moments, which have been unveiled online ahead of its release next summer.

The film picks up after the events of Jurassic World: Fallen Kingdom (2018), which saw the destruction of the dinosaur’s home,  Isla Nublar, with a number of the animals escaping into the world at the film’s end.

Dominion stars Chris Pratt, Bryce Dallas Howard and returning Jurassic Park stars Sam Neill, Laura Dern and Jeff Goldblum. It was initially slated for June 11, 2021, but was pushed to June 2022 due to the coronavirus pandemic. Director Colin Trevorrow has spent months at his home in England overseeing post-production on the project. He penned the script with Emily Carmichael, from a story he developed wi... (Read more)